Home Sports A run in with the Reds mascot

A run in with the Reds mascot

Last night, I was fortunate to be in the luxury box for the Reds vs Brewers game courtesy of Rendigs attorneys at law. Of course, I had my soon to be ex-Brewer Prince Fielder shirt on (it’s sad to think that may be the last time I wear that shirt). The Reds mascot, Gapper, paid the box a visit during the game.

We didn’t exactly hit it off, as he spotted my Brewers attire: 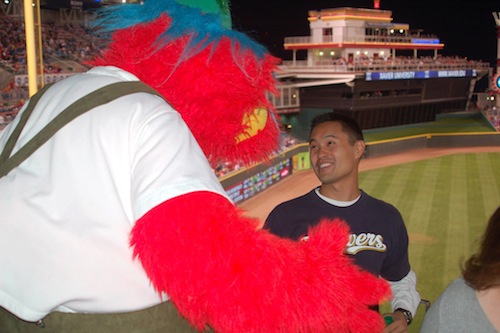 Things got a little heated, as I think the frustrations of the Reds disappointing season got to him: 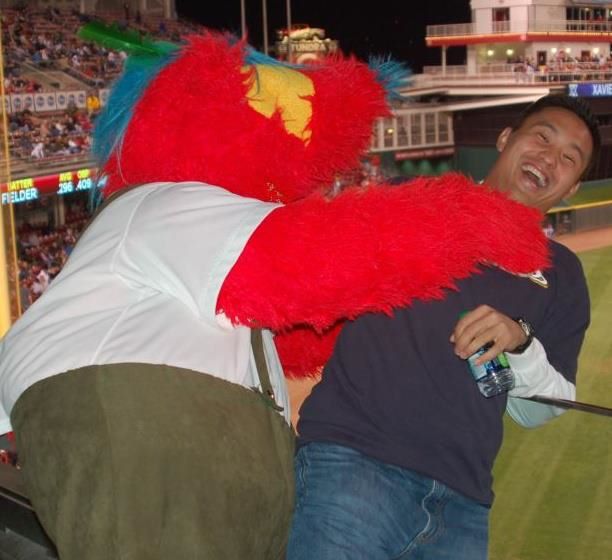 But then, I remembered something that might’ve saved my life. I’ve had numerous Reds personnel tell me that if the Reds couldn’t win it, they’d rather see the Brewers win it… as long as it wasn’t the St. Louis Cardinals. So I told Gapper that the Brewers would take out the Cardinals for them. This got through to him, as he stopped trying to throw me over the ledge and planted a big kiss on me. This is the aftermath: 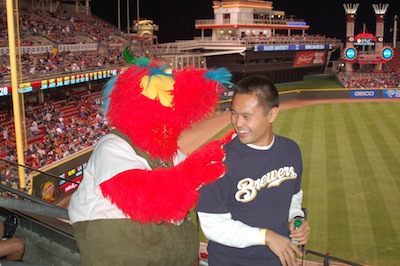 So all’s good in Cincinnati! And the Brewers won, so now our Magic number is 7 to take out the St. Louis Cardinals!