Happy New Year all! 2011 was a year of exciting and major change for me: I pushed the reset button in my life. Many of the top items on the list relate to this. The rest of the list fall into two categories: my signature road trips and an amazing year for Wisconsin sports.

Without further adieu… Here are the first 4 of my Top 7 2011 Events! I’m going in regular order (instead of reverse numerical order) this time since it makes it flow better…

Fittingly, on Chinese New Years, I left the only company I had worked for since I graduated college in 2000. It wasn’t without some drama, as I was walked out and left Jerry Maguire-style, with a fish . It took almost 10 years of reflection and figuring out where I wanted to go with my life to make this decision. 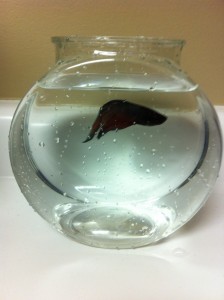 #2. Moving out of my house after 10 years in the burbs

My house had been on the market for over a year. In late October, I was able to rent it out. Three moves later (not including moves into and out of a storage unit), I’ve arrived in my one bedroom apartment. I’m a missing Ikea bed support part from completing the furnishing of the place. It’s starting to look presentable and livable, thanks to my sister. The apartment is within a short walking distance to a host of food, and a little longer walking distance from even more.

(Here are all my worldly possessions not even filling up a U-Haul truck. The arrow is pointing to the place where I left the keys to the truck, which I didn’t find until after I had a $300 copy made).

the year of a lifetime for Wisconsin sports. The Brewers made a run in the playoffs, the Packers won the Superbowl and ended the current season 15-1, and the Badgers were in the Rose Bowl (and in another one tonight). But I picked the Brewers playoff run as #3 because it was more rare than a Packers playoff run. I went to the first two games in Milwaukee and watched three more games at BW-3’s in Mason. The games in Milwaukee were rocking… the atmosphere felt like a Wisconsin Badger game. It capped off an improbable Wisconsin sports weekend, as the Brewers won twice in Milwaukee, the Packers beat pre-Tebow Denver in Green Bay, and the Badgers won in Madison in the span of 48 hours. 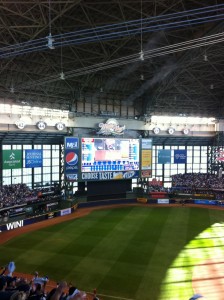 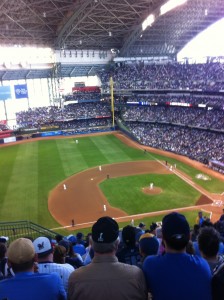 I watched the last three games of the series at BW-3’s in Mason. I had cut my cable over a year ago, but the series was on TBS. Watching a baseball game, much less 3, was unique. First, because it’s over 3 hours long. Second, no one else there cares (at least not in Cincinnati, where the Reds weren’t in it). I went to watch the 5th and deciding game there, which started at 5 PM on Friday. The table with the best vantage point for the game was a 6 person table, of where I took up shop. Near the 7th inning, the restaurant starting fill up. The game was nail-bitingly close, with the Brewers blowing a save in the 9th inning to extend the game. Because I felt bad about taking up so much room, so I got up and stood in the hallway to watch another of the big screen TV’s. The waitress sees me and asks me if I want a Coke to go. The game went into extra innings, and in the bottom of the 10th, and one of the most loveable, strangest, and weirdest personalities – Nyjer Morgan, aka T Plush, drives in the winning run just as the waitress comes by with my drink. I tell her she’s good luck ’cause we just won the game!

Here’s the clip of the winning hit, along with the antics of T-Plush. I still get tears/chills watching this today. Make sure you watch to the end (Morgan does some funky stuff… !@#! yeah).

The Packers sneak into the playoffs as a 6 seed and win the Superbowl. This was right after I resigned from P&G (See #1). I headed home and watched the game with the extended family back in Milwaukee. Another wonderful, nail biting game against the Steelers with the Packers coming out on top! Best of all, they go 15-1 (only a loss to the Chiefs ruins the perfect season) this year, and are the #1 seed going into the playoffs! 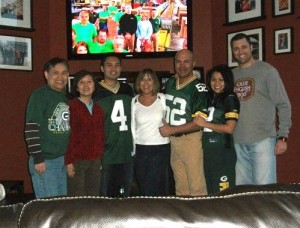